Since its founding in 1998, the Institution Community Work Crew (ICWC) has provided more than 120 inmates with the opportunity to work in communities for low wages. Similar to the program Sentence to Service, ICWC allows county-level offenders to serve the community instead of serving time. ICWC consists of state prison inmates and serves as a transition for inmates who are nearing the end of their sentence from prison life to community life.

Inmate crew members experience higher rates of employment and wages upon release and lower rates of recidivism thus resulting in less re-incarceration. While developing job skills, crew members give back to the community and develop relationships. West Central Minnesota Communities Action (WCMCA) partnered with the Department of Correction and the Douglas County Jail to provide Minnesota State Inmates with carpentry skills experience to assist in the transition to life on the outside. 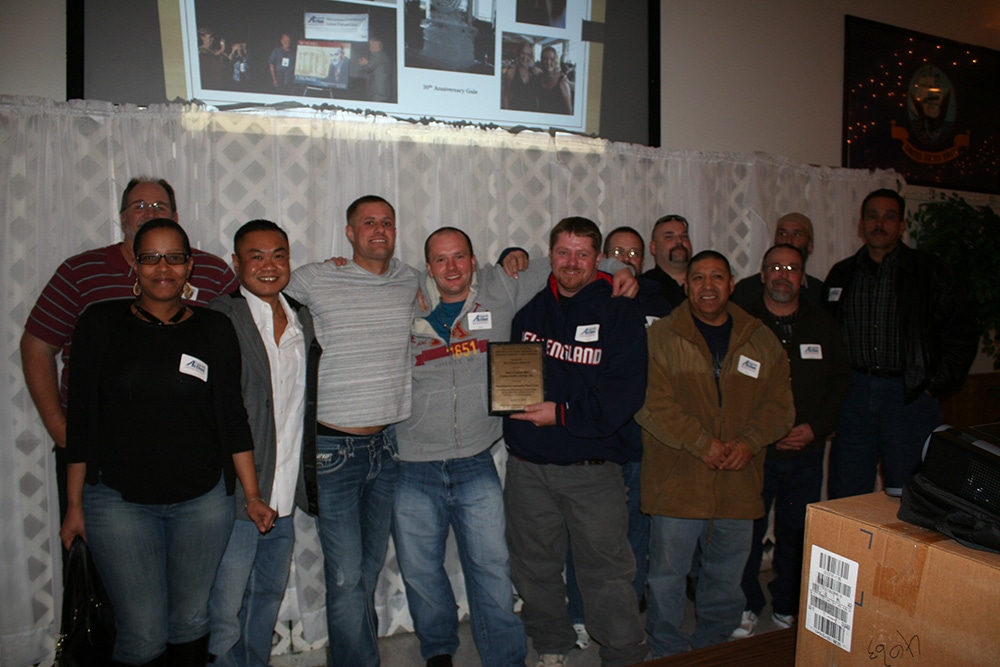 On weekends, the ICWC crew assists Habit for Humanity, the Humane Society, United Way and West Central Minnesota Communities Action in a wide range of projects including building homes, distributing food, building wheelchair ramps, and general maintenance. The ICWC Crew finishes 8-10 projects every summer that were not completed by Group Cares Camp. Some of the painting, repair projects are too high or too dangerous for high school students, and the ICWC Crew will step in and finish those projects. Not only does the ICWC program facilitate the transition from prison to freedom, it assists the impoverished Institution Community Work Crew, West Central Minnesota Communities Action residents of the Community. Inmates even reach out to youth through the schools, talking about their life stories.

The ICWC crew has built 115 affordable homes for low-income families and completed numerous other community projects across WCMCA’s five-county service area. Home buyers often participate in the FAIM program and work with Rural Development in financing homes which frequently results in the same monthly payment amount or less than they were currently paying for rent.
The program has the highest success rate for programs in the Department of Corrections. Participants have succeeded in buying homes built by the program, working in the home building trade, and establishing small businesses. One former participant operates as a general contractor in the Alexandria area and was recently named to be in the top 25 best small business in Alexandria. All of this points to the fact that in general, if people are provided with the tools to be successful, they will pick them up and use them regardless of what their previous history has been. An example of that is a young man who recently completed his time with the ICWC crew and has been able to apply 75% of his time served toward his Journeyman’s license. He has started employment at $29.00 p/h and in the fall will go to $38.46 p/h. The staff at West Central as well as the community in which these young men have worked and volunteered in has been enriched by their connection with the ICWC Crews.